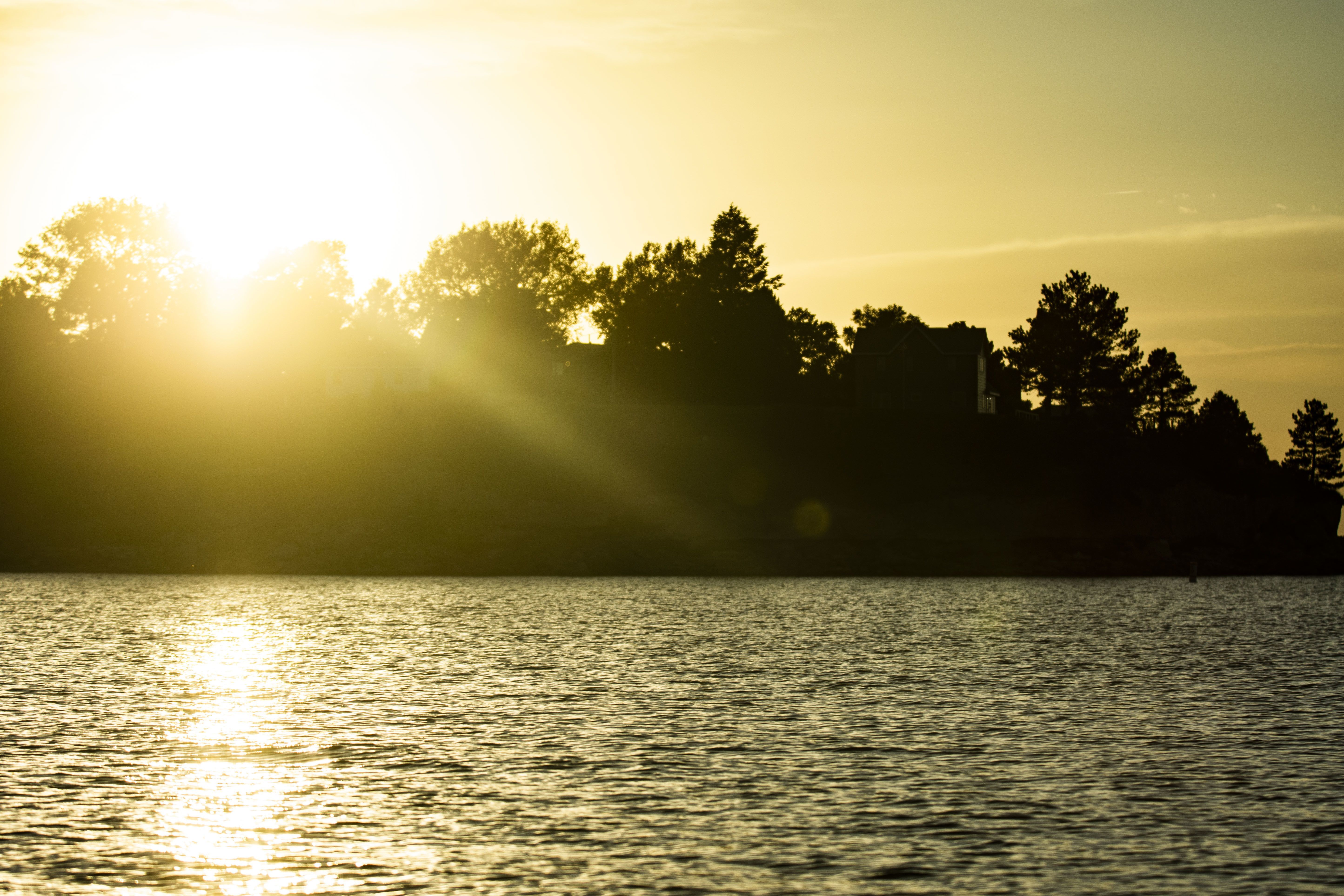 Keith County has always been a “Mecca” for history. A gateway to the American West, it has been traversed by pioneers, Indians, military, trappers, cowboys, and ranchers alike. Even today, it still catches the eyes of tourists and businessmen for its location to the West Coast.

Prior to Keith County's incorporation, it was home to the mighty Sioux and Cheyenne Indians. Once filled with large game, it was the perfect hunting ground for these Plains Indians. The North and South Platte Rivers played an integral role in the lifestyle and hunting patterns of these Native Americans.

The South Platte River, in particular, played a key role in the migration and settlement of the American West. Prior to the 1850's, the first white explorers were fur trappers seeking the furs of local wildlife in the river valley. The land that would one day become Keith County saw its share of these men as they traded and established forts in the area.  The most famous fort in the area was Geminian Pierre Beauvais Trading Post established in 1849 near California Hill. Beauvais traded a great deal with trappers and Indians in the area.

By the 1850's settlers began to pour into the Platte Valley as these men and women moved west. The discovery of gold in California and the opening of the Oregon Territory tempted settlers. Nearly 350,000 pioneers on the Oregon and Mormon Trails passed through the land that would one day become Keith County. These trails followed directly south of the South Platte River shortly crossing the river near Brule, Nebraska.

Indian hostilities began to mount across the future land of Keith County as the Indians saw the permanent settlement of white man on their traditional hunting grounds. The permanent settlement meant the violation of the 1851 treaty, which ensured the safety of settlers in the valley if all land north of the valley would remain reserved for Sioux hunting grounds. IN 1860, The Pony Express was developed, providing a mail service across the United States. Along the trail, riders passed through the very heart of what would one day become Keith County.

A year later in 1861, telegraphs began to replace the Pony Express. Poles were placed from Omaha to San Francisco, proving to be a much faster and efficient way to spread mail. The placing of poles permanently in the area did not help with Indian hostilities. 1862 made history, as the first transcontinental railroad was built through the valley.  The construction of the railroad officially connected the East and West coasts.

With the railroad firmly established in the valley, section crews were stationed at different sidings every few miles. As the danger of Indian attacks became more frequent after the railroad's construction, the United States Army began placing posts in the valley to protect the settlers. Railroad stops followed every six miles or so to provide water for the trains. The stops went as follows; Alkali (Paxton), Korty, Roscoe, Ogallala, Plano, Brule and McGath.

Beginning in the 1870's the land was being cleared of buffalo herds that had lived on the prairies for decades. Hunters began to fill the valley. The decimation of the buffalo proved disastrous to the Natives that had hunted the migrating herds for many years. As the land became available, area settlers in the valley began pushing cattle to range on the newly opened grassland. By this time the area that would become Keith County began to be settled with a permanent population of about twenty-five.

In 1873 these permanent settlers petitioned Governor Robert Furnace to create a new county. Furnace ordered an election to be  held on Saturday, May 3, 1873, to choose county officers. The county required three commissioners, a treasurer, clerk, probate judge, sheriff, surveyor, coroner, and superintendent of schools. Voting was held at local resident Louis Aufdengarten's home located just north of the railroad tracks in Ogallala. Upon voting, E.M. Searle, James Miller, and John Dowd were elected as county commissioners; Louis Aufdengarten as county clerk, Scott Keith as probate judge, Robert Law as county treasurer, A.H. Bradley as sheriff, George VanCamp as superintendent of schools, and John Gordon as surveyor. The official name for the county would be called Keith County, named after area rancher M.C. Keith. Ogallala was declared the county seat.

With the incorporation of Keith County, a courthouse was needed. Robert Law moved his house to Ogallala from Brule siding to serve as the first courthouse. On September 3, 1873, the county clerk was asked to purchase furniture for the new courthouse. The courthouse was placed just north of the railroad tracks in Ogallala.

During Keith County's infant days, keeping a sheriff proved to be quite a task. In the first ten years of its existence the county went through several sheriffs as Ogallala, in particular, grew to be a wild cowboy town. A year later, in 1874, The Union Pacific Railroad chose Ogallala to be the headquarters for its new cattle chutes bringing in a surge of population to Keith County. In 1875 the need for a jail became evident as wild Texans began arriving with cattle to Ogallala. Louis Aufdengarten, one of the first county commissioners and a local businessman in Ogallala, built a stone jail from local sandstone quarried from the surrounding hills. Upon completion, it was considered the finest jail west of Omaha.

Beginning in 1886, Burlington Northern Railroad began running in the southern portion of Keith County. The new community of Grant sprang up and many living in this area felt the county seat should be moved to Grant. Their reasoning was that the residents of Keith County would not need to be excessively taxed for the building of bridges as Grant was no where near the river.

A petition to divide Keith County was passed in 1887. The new county was aptly organized and called Perkins County. This cut the original Keith County almost in half.  Also that year, a petition was filed for a Paxton County to be developed. This attempt failed. In 1888, residents of Keith County began to desire a more substantial courthouse. A $25,000 bond was passed and a new brick courthouse was to be built.

The new structure was a two story building built on lots east of Spruce Street. C.C. Rittenhouse was the architect, while the brick was kilned in Ogallala at L.B. Rector's factory. The new courthouse was two stories and contained a dome roof complete with a false clock. A year later, in 1889, the basement would be cemented and made into the jail to replace the original stone building.

As the years passed, Keith County has grown to a population of about 8,000 residents. Ranching and farming still remain a large part of the economy. Beginning in the 1930's the construction of the states largest lake was created to provide irrigation for farmers in the area. Even today the lake remains an important resource to Keith County's economy. The main branch of the Union Pacific Railroad travels right through the heart of Keith County. Other major highways include Interstate-80, Highway 30, Highway 61, Highway 92, and Highway 26. No matter the year, Keith County will remain a gateway to the American West.